Moviola is a registered charity. It provides a rural cinema service operating in the West Country serving communities that have no or distant access to cinema theatres showing a range of films in village halls and other venues. It advertises itself as “The South and West’s Rural Multiplex”, and with 80 screening venues is one of the largest rural film schemes in Europe.

Yetminster Film Nights is a non-profit making organisation run by a small committee of volunteers. Films are shown in the Jubilee Hall, Church Street, Yetminster on the first Tuesday of the month from Autumn to early Summer. Tickets are priced at £6.00 (which includes a choc ice) and are available at the Spar Shop in Yetminster from two weeks before each showing. Tickets are available at the door though it is a tremendous help if people buy them in advance so that adequate seats, wine and choc ices are available. Yes – there is wine on sale too! There is normally a trailer followed by an intermission for choc ices and the re-filling of glasses, the main feature is then shown.

The film nights tend to be as much of a social gathering as film viewing. Films are usually quite recent releases and often shown before they are available on DVD. 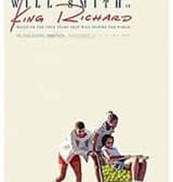 The inspiring true story of Richard Williams, the determined father, instrumental in raising two of the most extraordinarily gifted athletes of all time.  Driven by a clear vision, he has a plan that will take Venus and Serena Williams from the streets of Compton, California to the global stage as legendary icons.  Profoundly moving. The film shows how the power of family, perseverance and unwavering belief can achieve the impossible and impact the world. Will Smith wins Best Actor 2022 at the Golden Globes for his performance as Richard Williams. 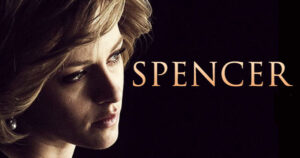 With Kristen Stewart and Timothy Spall, Spencer is a historical fictional no-holds-barred psychodrama, inspired by Princess Diana’s decision to end her marriage to Prince Charles.  Directed by Pablo Larraín,  it is the imaginary retelling of Christmas with the royal family played out over three excruciating days at Sandringham.  Kristen Stewart is note-perfect in this ghostly and inventive vision of Princess Diana fighting for her sanity.

Tickets at £6 are normally sold in the Spar/PO, Sunnyside, Yetminster from two weeks beforehand. Tickets include choc ice! Please try and buy your ticket in advance. Doors open at 7pm for 7.30 show start.  Wine and nibbles will also be on sale.